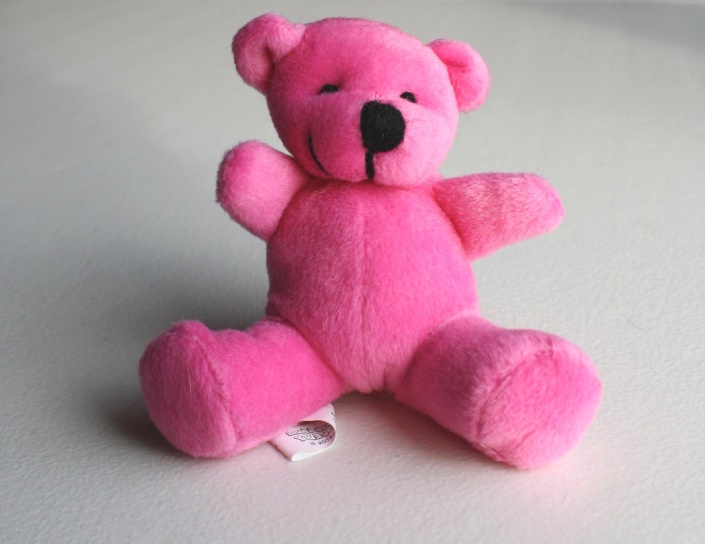 A month after Fran’s desk fiasco, she brought a small cardboard box into the office. Signalling to Pete, she dodged into the stationery cupboard. Pete grinned and scuttled in behind her.

“Yup! Phase One is complete.” Fran ran her house key down the Sellotape and opened the box to reveal a wad of A5 flyers.

“Lemme see!” Pete plucked the top flyer. “Holy crap, these look amazing. So what are we going to do with them?”

“These are just the opening salvo,” said Fran. “I’ve been making extensive nerdy plans. Now I need your help to execute them. You’re picking up the post today, right?”

“One in every corporate brochure and business magazine addressed to our Dear Leader, please. Then use the shrink-wrap machine to seal them back up.”

“I’m going to see Mimi at Reception,” said Fran. “See you back here in a few minutes.”

Mimi looked weary. When she saw Fran she laid her head on her desk and held out a pen shaped like a dagger.

“I’m this close to closing my own gills,” said Mimi.

Before Karly joined Leaper, Mimi had been Executive Assistant to Leaper Senior, and had a firm promise from the old man to promote her to Company Secretary. Since the change of captain, things hadn’t gone so well. Mimi’s natural sarcasm, which typically made her old boss chuckle, had rubbed Karly up the wrong way, and when the CS role came up, she brought in Celeste, one of her university chums, as Company Secretary.

Mimi was demoted to Receptionist/Muggins. The boss and new CS would take long ‘working’ lunches together at swish restaurants, which Mimi would have to book. Any company mistakes would be blamed on Mimi, and any complaint was met with Karly insinuating she might withhold references, should Mimi apply for another job. Safe to say, there was no love lost between them.

“How would you like to bring down a particularly well-dressed tyrant?” said Fran. “In a seriously wicked way?”

“How wicked?” said Mimi, raising her head from the mouse mat.

“That was diabolical. You destroyed our entire party. No, you actually tricked us into destroying ourselves!”

“Well…” said Fran. Mimi glanced over to Karly’s office, where she and Celeste could be heard hooting with laughter.

“Shit, shit!” they heard, and Mimi’s phone rang. She rolled her eyes.

“Hiiii,” giggled Karly’s voice from the receiver. “Uh, a cup of coffee’s been knocked over. Can you, you know, clear it up?”

There was a snort of laughter down the line. Mimi’s expression could have wilted a flower.

“Sure, no problem,” she grimaced, and put down the phone.

Once Celeste had finally gone to her own office, Karly yawned and opened her mail. Boring, boring, boring – ah, the latest Business Chic.

She ripped open the packaging and opened the magazine. A flyer fell out.

Karly caught partial sight of it. Some business mentoring thing. Meh. Dull. She left it on the floor.

She browsed a couple of articles then tossed the magazine aside and opened Bossing It. Another flyer fell out. This time she picked it up. Then she picked up the first flyer and compared them.

“Radical Renewal: A Business Revolution”, she read. A skinny woman in a power suit stood palm-to-palm with an older woman dressed like a mystic priestess.

“For a limited time, legendary business doula Mahri Powers is running a live course on Radical Renewal. Overwhelming demand normally ensures her sessions are sold out, but Mahri is keen to mentor young female business revolutionaries who have not experienced her methods before.”

Karly clicked ‘Buy’ on a designer light fitting, then flipped the leaflet to read the rest.

“Are you ready to rule?” asked the leaflet. “To be considered for Mahri’s personal online programme, submit your proposal by 14th June. Three gifted mentees will be chosen. For course prices and testimonials from Mahri’s mentees, and to apply, visit mahripowers.com.”

Karly tilted her head. At the bottom of the leaflet there was a photograph of Powers looking warmly out at the reader. A quote in lavender script assured Karly:

“Your CV does not interest me. I choose my mentees based on their spirit and their openness to renewal.”

Karly thought for a second, then put the leaflet aside and continued reading her magazine.

An hour later, Karly wandered into the kitchen for a coffee. As she approached, she heard Mimi and Fran deep in conversation.

“…should go for it,” Fran was urging. “It would be amazing for your career.”

“It’s so expensive,” said Mimi. “And there’s no way I would be accepted. She only chooses the best.”

“YOU could be!” said Mimi. “We should both apply.”

“Do you think we could?” said Fran.

“Mahri Powers IS amazing…” said Mimi. “She’s completely rocket-powered so many careers. But I don’t know –”

They went silent as Karly came in.

“Oh, we were just heading back to our desks,” said Fran.

“I see myself as a revolutionary, bringing radical energy to a stale and basic work zone,” she typed. “And I am in touch with the world, bringing my passion to the women I nurture.”

Fran knocked at the door. Karly minimised her document and shouted to come in.

“Sorry about this, Karly. I have a training request and I’d need your signature on it.”

Fran put down an expenses sheet for £100. Under Reason, she had written “Mahri Powers Scheme application fee”.

“Leave it there,” said Karly.

Once Fran had gone, Karly looked on the Mahri Powers website. It was a soothing bath of white and pastel tones, with motivational statements about oneness and self-actualisation through rebirth.

“Hi Karly, I wondered whether I could get your signature for this training application fee. There’s no guarantee I’d get accepted, but…”

Karly was rattled. Two of them trying to climb the ladder? She’d assumed they were happy being office drones.

Once Mimi had gone, Karly thought for a moment and emailed the two women separately.

“I’d be happy to look over your proposals and suggest some improvements,” she typed. “I’m extremely supportive of women succeeding in business. We all have to stick together, after all.”

To her surprise, the two of them enthusiastically took her up on her offer, emailing their documents.

Karly read both proposals with dismay. They were really good. Her own application seemed suddenly hollow and lacking in experience. Oh god, what if one of those idiots got the last place with Mahri and learned the secrets of success before her?

On 30th August, Karly opened her emails and gasped.

“…very happy to offer you a one-to-one online mentorship with Mahri Powers,” she read. “Your proposal was compelling and demonstrated the spark of revolutionary fire Mahri looks for in her champions. You must commit to the full seven sessions, and demonstrate motivation and trust. Course costs of £10,000 are due in full within seven days of this email to secure your place.”

Fran smiled serenely as Karly bounded across to Ray the bookkeeper’s office, propelled by her secret. She had been gratified to see Karly’s application, plagiarised from both her and Mimi’s work. She had also checked with Ray. He had not received any training application requests for her or Mimi.

“That was your last chance,” she whispered. “Looks like Operation Rebirth is go.”

I would like to personally thank you for your trust and your offer of energy in accepting this mentorship. I would like to reciprocate, and to tell you how much I am looking forward to nurturing you.

To truly learn, we must allow ourselves to be reborn. Experience demands innocence. The techniques I employ are unconventional but those who truly wish to innovate must embrace the uncomfortable.

Be bold and trust in your inherent energy, and the world will witness your radical rebirth.

Karly settled down at her desk, headphones on, and clicked the meeting link. She instructed Mimi to hold her calls and meetings, despite the fact that the only meeting she had that day was a lunch date with Celeste.

Mahri Powers appeared on the screen. She was a monk-like figure with long silver hair and a purple velvet blazer.

“Welcome,” she said. “I’m so happy to be helping with your transformation, Karly.”

Karly closed the meeting after the allotted hour, head spinning with excitement. Mahri had praised her throughout the meeting, reassuring her she was the future of innovative commerce. She had also given her an assignment.

“You need to maintain access to your power animal,” Mahri had said. “Keep an effigy of your totem with you in every meeting.”

Karly had asked what her power animal was.

“It’s strong. Very strong,” she said. “In fact, you have two animals. I’ve never seen this before. Strength and swiftness – these are your gifts.”

“The first is a bear,” said Mahri. “And the second – your swift animal – is a rabbit. You must keep these creatures with you at all times, prominently. I will personally send you effigies of your power animals, imbued with energetic charge.”

Karly was so thrilled she took the rest of the day off.

The next day a courier arrived with a box for Karly. Mimi signed for it and called through.

“NO!” Karly lunged out of her office and snatched up the box. “That’s private!”

Karly locked her office door and opened the box. She pulled out a note signed by Mahri:

Then she pulled out a powder-pink teddy bear and a pastel-blue cuddly bunny.

“Well, I did think you’d be a bit more fierce,” she said, “but Mahri knows my power.”

Later that day, at a board presentation, the members were confused to see two cuddly toys beside the new Head of Product. When they did not feature in her vague presentation, they were doubly baffled.

Karly took their silence for rapt appreciation and congratulated herself. She held her bear and bunny close as the board filed out.

When Fran came in later to drop off some plans, she gasped.

“Yeah, she’s mega-busy but she rushed these to me for good energy,” bragged Karly. “Anyway, I have to get on. Got to keep the energy flowing.”

Thank you so much for agreeing to do this – brilliant response to Session One. Invoice paid for all seven sessions. Please find attached the script for the next session. Heads-up that it’s going to get weirder and weirder.

Thanks again – you’re a legend,